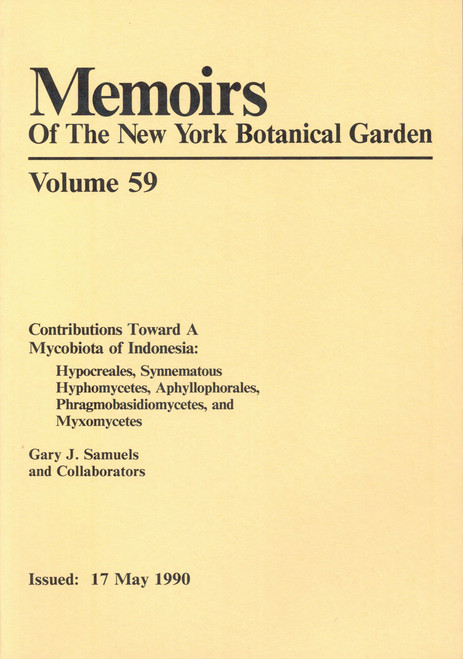 A preliminary mycobiota of Indonesia that is based principally upon collections made in the equatorial rain forest ofNorth Sulawesi during the expedition known as Project Wallace is presented. Approximately 150 species are included in this work. Seventy-five species, including seven new teleomorph species, one new anamorph, and one new name, of the ascomycete order Hypocreales are described or redescribed in nine genera and are included in keys by G. J. Samuels, Y. Doi, and C. T. Rogerson.
×

Herbarium: The Quest to Preserve and Classify the World's Plants