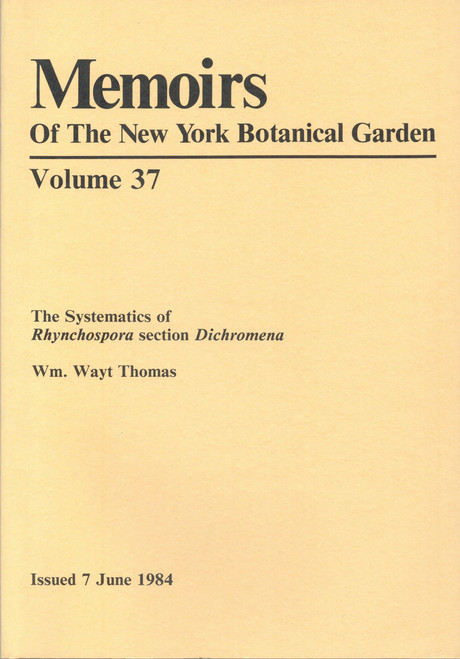 The white bracts of several species of Rhynchospora section Dichromena make them the showiest species of Cyperaceae in the New World. Often overlooked, however, are the less conspicuous species with green or reduced bracts. Together these make up a neotropical, entomophilous group of 23 species. This revision of section Dichromena includes keys, descriptions, black and white illustrations, distribution maps, synonymy, and cladistic analysis. Three new species and one new subspecies are described. In addition to the traditional taxonomic approach, information from anatomy, morphology, cytology, ecology, and pollination biology was used.
×

The Biology, Structure, and Systematics of the Cycadales. Mem (57)

The Systematics of the Legume Genus Harpalyce. Mem (26)4