The Rise: Black Cooks and the Soul of American Food: A Cookbook 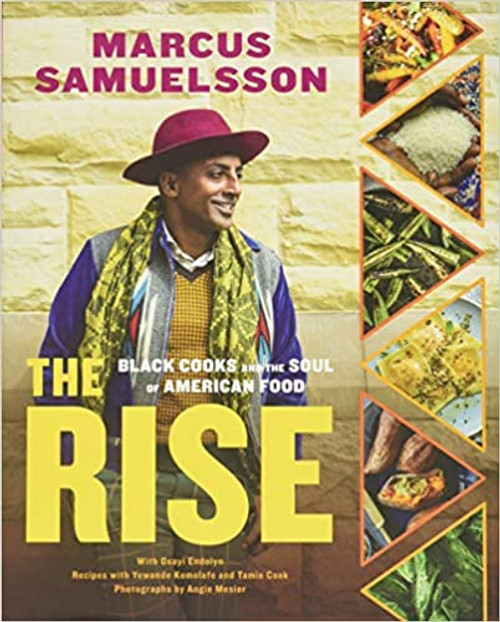 The Rise: Black Cooks and the Soul of American Food: A Cookbook

It is long past time to recognize Black excellence in the culinary world the same way it has been celebrated in the worlds of music, sports, literature, film, and the arts. Black cooks and creators have led American culture forward with indelible contributions of artistry and ingenuity from the start, but Black authorship has been consistently erased from the story of American food.

Now, in The Rise, chef, author, and television star Marcus Samuelsson gathers together an unforgettable feast of food, culture, and history to highlight the diverse deliciousness of Black cooking today. Driven by a desire to fight against bias, reclaim Black culinary traditions, and energize a new generation of cooks, Marcus shares his own journey alongside 150 recipes in honor of dozens of top chefs, writers, and activists—with stories exploring their creativity and influence.

Black cooking has always been more than “soul food,” with flavors tracing to the African continent, to the Caribbean, all over the United States, and beyond. Featuring a mix of everyday food and celebration cooking, this book also includes an introduction to the pantry of the African diaspora, alongside recipes such as:

A stunning work of breadth and beauty, The Rise is more than a cookbook. It’s the celebration of a movement.
×

Melons for the Passionate Grower