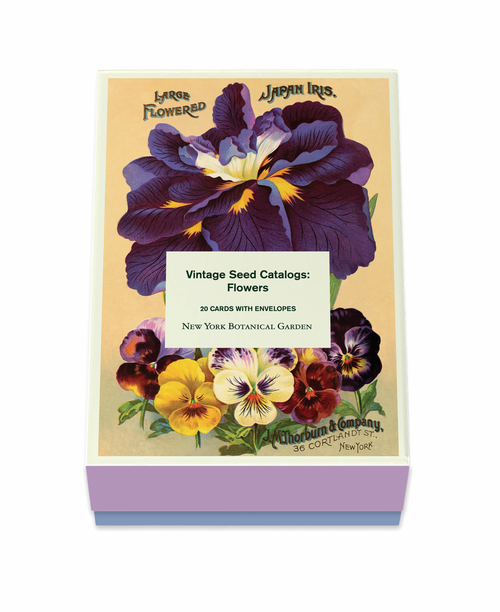 Grant Thorburn (1773-1863) was born in Scotland and came to America in 1794. He sold novelties and hardware in New Yor City but found that his flower pots sold better with flowers in them. He began selling seeds in 1805 after buying out a competitor who agreed to cultivate seeds for Thorburn's business. Thorburn's stock catalog for 1822 was the first nursery catalog to be issued in pamphlet form and it was also the first to include illustrations. Taking over the business, his son renamed the firm J.M. Thorburn & Company.

Japanese iris were first made available to American gardeners in the 1880's. Tulips and hyacinths were introduced to Americans via the Dutch in seventeeth century New Amsterdam. Daffodils were brought to American gardens by the British in the early eighteenth century.

All of these make excellent cut flower choices for bouquets; however, tulips and daffodils should not be placed together as the daffodil will cause the tulip to wilt, but irises will thrive with daffodils in the same vase.

Product Details:
20 folded cards with envelopes
4 each of 5 designs
×