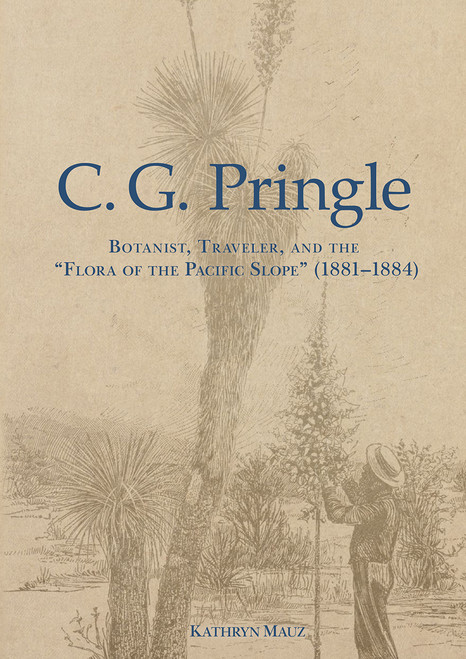 As one of the premier plant collectors in North America during the late nineteenth century, the work of Cyrus Guernsey Pringle (1838â€“1911) was, and remains, outstanding. Far from emerging from nowhere, his illustrious career grew over the span of a decade from his earlier work in horticulture. This book first considers those years, including Pringleâ€™s contributions to three scientific efforts of national scopeâ€”the 1876 Philadelphia Centennial Exhibition, the 1880 census of American forests, and the Jesup Collection of North American Woodsâ€”in detail. Each opportunity was critical not only to his developing expertise in field botany, but to expanding his network of scientific colleagues.

From that point forward, this volume is devoted to documenting the travels and discoveries Pringle made in the western United States and northwestern Mexicoâ€”the Pacific Slopeâ€”between 1881 and 1884. His itinerary is recorded by more than 2700 plant specimens, supplemented by contemporary accounts, correspondence among more than twenty of his friends and other scientists, as well as other primary sources. Illustrations are carefully chosen to represent the places, the plants, and this time period that was formative both for Pringle and for American botany; among them is a never before published series of photographs that Pringle took himself in 1884 in the deserts of Arizona and Sonora. Complementing the story are appendices listing the plant species and specimens that Pringle collected, along with a series of historical maps showing the routes and localities that he visited.

The circumstances of Pringleâ€™s early life, the professional opportunities that he enjoyed, and the very timing of his work created a trajectory not common to other collectors. Pringle was not given to self-promotion, however, and was reluctant to publish autobiographical accounts or even to record his travels for posterity. While his later work in Mexico is best known, the story of Pringleâ€™s early career and all that he accomplished in the western states has not been written before now. This is a book that Pringle could have published had he chosen to, but one that benefits from the perspective of more than a century since his work in the region.
×

That Glorious Forest: Exploring the Plants & Their Indigenous Uses. Mem (113)

The Macrolichens of New England. Mem (96)