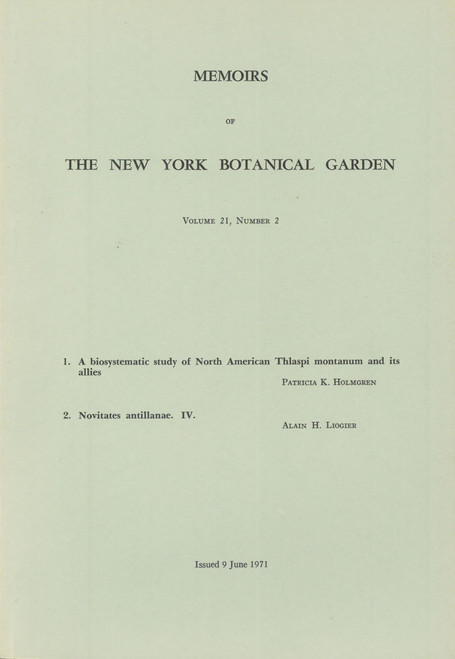 North American thlaspis (Cruciferae) are often mentioned as being similar to Eurasian and South American thlaspis, but taxonomists have differed widely in interpreting their relationships. This volume reports the results of studies to ascertain whether there are discontinuities meriting the recognition of separate taxa in Thlaspi in North America, South American, and Eurasia. / The Dominican Republic was the first collecting ground for botanists in America. The author of Novitates Antillanae. IV reports on hitherto undescribed species and new records for the Dominican Republic, based on 15 months in the field, including from areas not reached by earlier plant explorers.
×

A Revision of the North American Genus Callirhoe (Malvaceae). Mem (56)