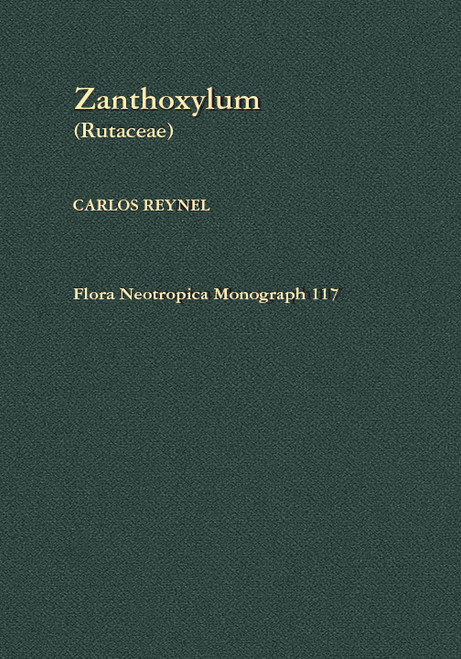 The tree and shrub genus Zanthoxylum L., here regarded in its broad sense, including Fagara, is the largest of family Rutaceae, the citrus family. Approximately 200 species of Zanthoxylum are distributed mainly in tropical areas of the world, with few species reaching temperate latitudes. In the Neotropics, there are 77 species, 15 of them with subspecies, which adds a total of 105 taxa; its major center of species diversity is in the Andean-Amazonian region of Colombia, Ecuador, and Peru. The neotropical species of the genus are placed in four sections, Macqueria, Pterota, Tobinia, and Zanthoxylum, of which Macqueria contains the most morphologic variation and species, and is here divided into eight groups. This work, based on the examination of ca. 7500 herbarium specimens in ca. 45 world herbaria and field observation of 22 species, accounts for ca. 550 published names in Zanthoxylum and Fagara. All species are illustrated. It presents descriptions of all taxa, includes one new section of the genus, seven new species, three new subspecies, 22 new nomenclatural combinations, 91 new lectotypifications, two new neotypifications, a preliminary cladistic analysis based on morphology at the generic level, and an account of the wood anatomy of neotropical Zanthoxylum. Some of these plants have economic value as timber trees; medicinal compounds with promising value are also found throughout the genus.
×