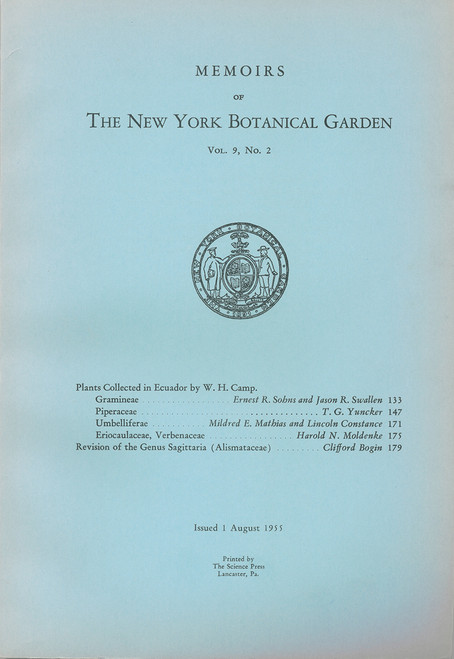 Swedish-American botanist Per Axel Rydberg (1860 - 1931) served as a field agent for the U. S. Department of Agriculture and a field agent and curator at The New York Botanical Garden. In a lifetime of collection and research, Rydberg became perhaps the foremost authority in the United States on the flora of the Middle West and Rocky Mountain regions. In his later years, he even began preparing his own illustrations of plants. This volume includes Rydberg's biography, bibliography, and annotated account of the 1976 new taxa he described.
×

Plants Collected by the Vernay Nyasaland Expedition of 1946. Mem (9)1

Plants Collected by the Vernay Nyasaland Expedition of 1946. Mem(8)5

The Art of Botanical Drawing

Tropical Plant Collecting: From the Field to the Internet