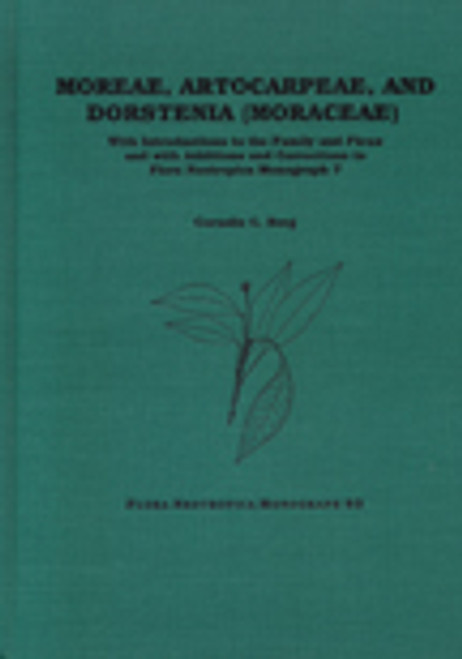 This title is monograph 83 in the Flora Neotropica series. In this monograph, Berg presents revised treatments of nine genera—Bagassa, Batocarpus, Clarisia, Dorstenia, Maclura, Morus, Poulsenia, Sorocea, and Trophis—containing 77 species. Eight new species and two new subspecies were discovered for these genera during the preparation of this monograph. This group of genera is highly diverse, containing many widespread and/or common species for which numerous collections have been examined and listed. The family introduction includes taxonomic history, morphology, pollination and dispersal, distribution and ecology, classification, diversification, use, and conservation, and is supplemented with brief introductions to the tribe Ficeae and the genus Ficus. For the genera treated in Flora Neotropica No. 7, the additions and corrections include: revised descriptions of several species and subspecies, some due to fusion of species previously recognized as distinct; range extensions; new
×