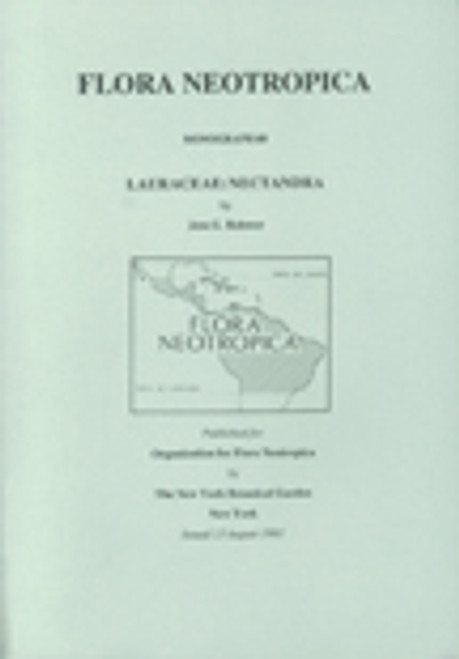 Found throughout the Neotropics, species of Nectandraare often found in non-inundated lowland to montane rainforest. Many have become adapted to more extreme conditions. Most species of Nectandra are said to flower only at intervals of several years. Fruit set is very low, and fruits need several months to mature, sometimes more than a year. The wood of numerous species is used in construction, sometimes also for furniture. In most species it is considered to be of good quality. Some species are incidentally used as shade trees for cocoa or coffee. Includes keys, descriptions, distribution maps, and black and white illustrations.
×

Seed Dispersal by Bats in the Neotropics. Mem (101)

The Botany of the Guayana Highland. Mem(8)2

The Lecythidaceae of a Central Amazonian Moist Forest. Mem (75)