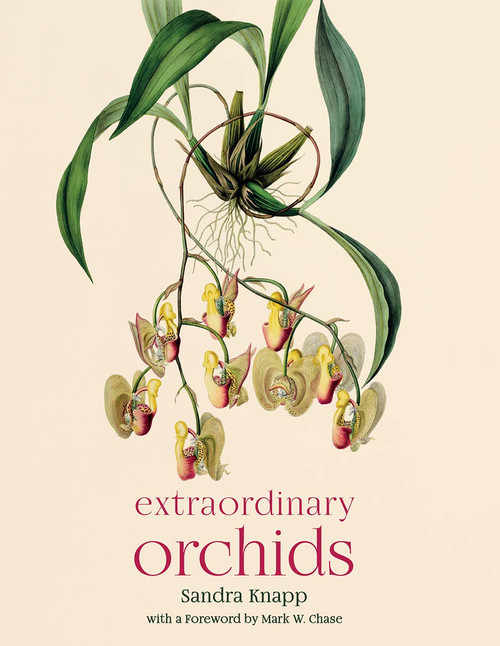 Perching on tropical trees, partnering with fungi to reproduce, or deceiving birds and amorous insects to promote pollination, orchids fascinate. In the exquisitely illustrated Extraordinary Orchids, award-winning botanist and writer Sandra Knapp tells the stories behind some of the bizarre lifestyles and interactions that scientists have uncovered among many species of the orchid family.

Orchids deserve such a visual celebration: parts of the orchid flower have shapes unlike any other flowering plant, and the sheer number of species means they have a seemingly endless ability to create ever more fantastical forms. In fact, many orchid common names refer to the shape-shifting forms of their flowers—the “man-orchids” or “monkey-orchids” are so called because of their resemblance to the primate form. Orchids lend themselves to depiction, and botanical artworks of them abound. Who could resist painting or drawing such odd shapes?

Illustrated with stunning artwork, much from the archives of the Natural History Museum in London and never before published, Extraordinary Orchids includes depictions from celebrated botanical artists such as Ferdinand and Franz Bauer, Arthur Harry Church, and Sydney Parkinson, revealing the weird and wonderful lives of this most diverse of plant families.
×