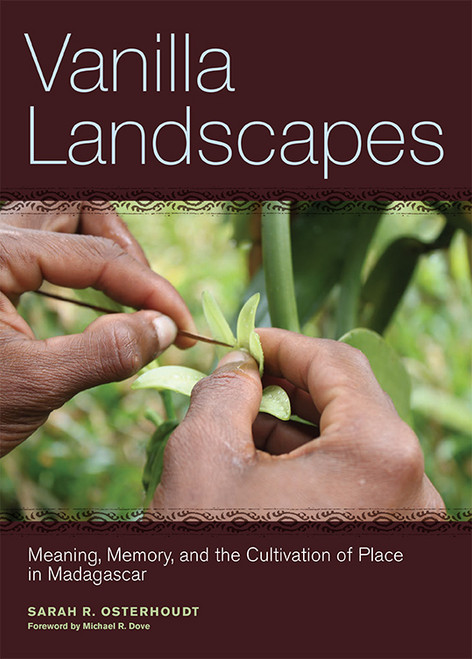 In 2005, Sarah Osterhoudt served as an environmental volunteer for the Peace Corps in Imorona, a rural village along the northeastern coast of Madagascar. In her introduction, Osterhoudt states she was visited by the program director who asked, "Why are there so many trees here?" His question stayed with Osterhoudt and later became the catalyst for this volume.

The primary ethnic group in Imorona, and the surrounding region, is the Betsimisaraka, which is the second largest ethnic group in Madagascar. For generations the Betsimisaraka have cultivated farms in marshy lowland areas suitable for paddy rice cultivation and near hillside areas where farmers grow market crops such as vanilla, coffee, and cloves.

Valued in the world market as a luxury good, the vanilla bean from Madagascar is originally from Mesoamerica. In choosing to cultivate vanilla, the farmers of Imorona respond to the basic requirements of maintaining agroforestry fields that include hand-pollinating each vanilla flower. Successful pollination requires skill and knowledge that is taught by parents and grandparents to children who go out together to work their farm. Through the everyday acts of farming, individuals infuse their local landscapes with political histories, personal memories, effective associations, and moral ideas. For Osterhoudt, observing the everyday activities of farmers and the decisions they make, highlight the slow and steady work of cultivation: the cultivation of land, the cultivation of meaning, the cultivation of history, and the cultivation of self.

Tropical Plant Collecting: From the Field to the Internet