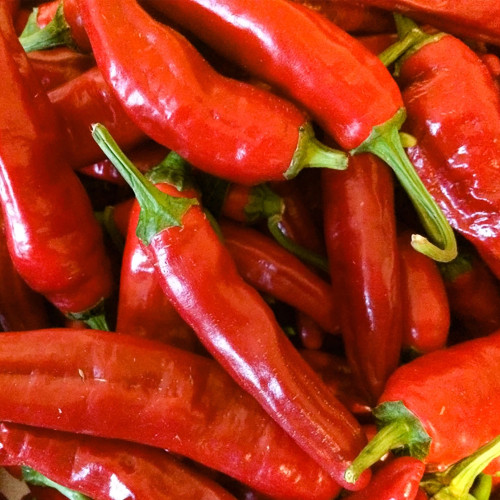 "PEPPER POT! STEAMING HOT!" Echoed the cries of Black Women food vendors throughout the bustling streets of 19th and early 20th century Philadelphia. This soup originated in West Africa and the Caribbean before making its way to our city. While the recipes for the famous soup that fed Philadelphians of all colors and classes varied with every cook, the best versions showcased the outspoken Pepper Pot Pepper! The botanical history of this bold capsicum is murky, though Dr. William Woys Weaver alludes to some connection to the Mexican Chiltepe pepper, a spicier relation perhaps that was used to flavor the Mexican tripe based soup named Mondongo. However it arrived North, it seems that Ole Pepperpot and its close botanical relatives were historically associated with the African American cooks who brought its fire to the homes and restaurants of Philadelphia. Notably the famous Black Philadelphia catering families, the Augustins and the De Baptistes had a hand in preserving the pepper as they bought and used it heavily in Pepper Pot Soup and other dishes.

Ole Pepperpot is green when immature, ripening to a slight golden blush starting at its curly tail before attaining its full red color. Of the species annuum, the plants grow to about 3½ feet (a tall pepper!) and sets fruit heartily until frost in the right conditions. Once harvested, the fruits may also be dried or pickled for preservation. We recommend this pepper for all lovers of heat (and it is hot) and especially for Philadelphians wanting to savor a piece of their historic city!
×