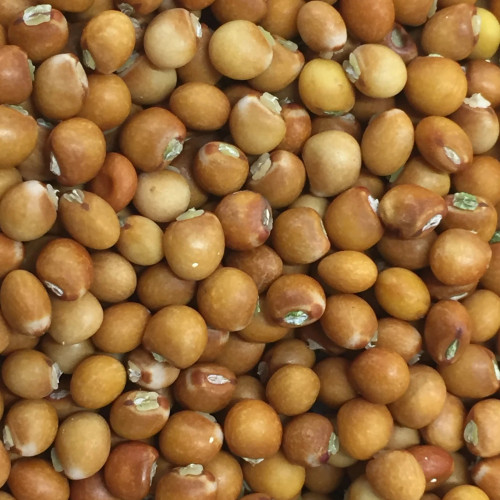 Pigeon peas, called "Gandules" in Spanish and "Gungo peas" in Jamaica, are a staple food in the Caribbean community in East New York. In our neighborhood, gardeners and other community folks have shared with us that they normally harvest the peas at the shelling stage and cook them with rice and coconut milk, or add the peas to hearty soups and stews which may include some combination of pumpkin, cooked greens like callaloo or malabar spinach, dumplings, and fresh coconut among other ingredients. Some folks even use the leaves of the plant to make tea! In the tropics, they are typically harvested right around the holiday season, and multiple folks have told us some variation of, "it wouldn't be Christmas without gungo peas!".

They have a high nutritional value and are easy to grow, being drought resistant and not requiring pest control. They can be grown on marginal land. Pigeon peas are grown in tropical and sub-tropical areas throughout the world. Although India is the top producer (where it's called "toor dal" or "arhar dal"), they are also grown in Africa, Southeast Asia, and Central America. In the tropics, the plant is a short-lived perennial.
×

NYBG Around the Table Seed Mix

Fresh From the Garden Pickles