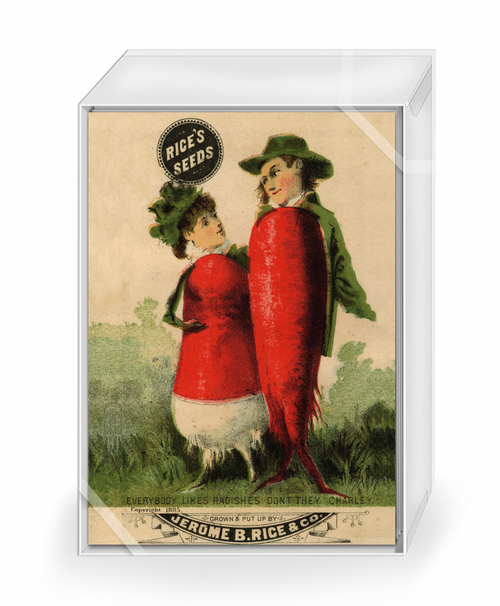 Trade cards were an early form of business advertising. As printing technology progressed these cards became more colorful and elaborate. Oftentimes, the image on the card did not depict the product for sale but was meant to catch the eye and amuse. Collecting these cards became a popular pastime in the late Victorian era and they were enclosed with purchases in order to encourage repeat customers.

The Jerome B. Rice Company founded in 1832 in Cambridge, New York came up with the idea of giving faces to their vegetable stock. These anthropomorphic figures were sometimes meant to be caricatures of well-known individuals. The Rice Company's eye-catching trade cards helped it to become the second largest seed company in America.

NYBG Around the Table Mug