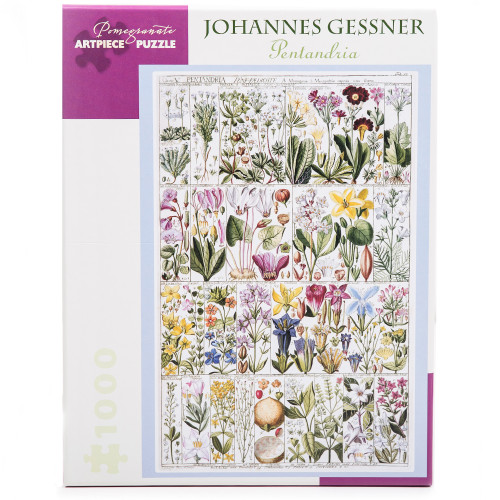 When Carl Linnaeus set down his system of scientific classification for all parts of the natural world, at the top were the three kingdoms that many still reference today: plant, animal, and mineral. Within his plant kingdom was the class Pentandria, encompassing plants with five stamens.

Swiss scientist Johannes Gessner (1709–1790) was a contemporary of Linnaeus and corresponded with the Swedish botanist. Gessner, one of the first to adopt the Linnean system, was known to have sent his plates to Linnaeus (1707–1778) for feedback, including those in Tabulae Phytographicæ, where his illustration here was first published.

Caution: Contains small parts. Not suitable for children under 3 years.