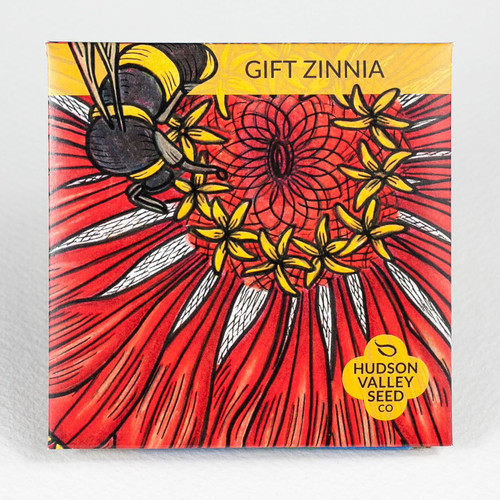 In its native Mexico, the original zinnia was considered an unattractive weed called "mal de ojos." In the mid-1700s, the German Ambassador to Mexico sent seeds to Johan Gottfried Zinn, a professor of botany who provided the first detailed description of the flower--as well as the first comprehensive anatomy of the human eye. A part of the eye is named after him (the zonule of Zinn), and the botanist Carolus Linnaeus posthumously named the zinnia in his honor.

The cut flowers of this variety, Gift Zinnia, are spectacular on their own: a mix of single and double medium blooms. Plants are medium in height, reaching up to 48" by the end of the season.
×

Botanical Interests - Made in the Shade Mix Seeds