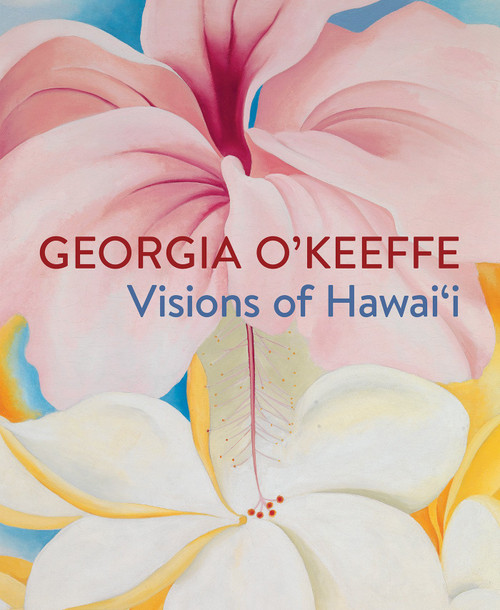 In 1939 Georgia O’Keeffe, who was among the most famous artists in the United States, traveled on commission to Hawai‘i to produce images for a Hawaiian Pineapple Company promotional campaign.

The artworks resulting from her nine-week trip reveal that O’Keeffe—most commonly associated with the stark deserts of New Mexico—was profoundly inspired by what she saw and experienced in the lush, tropical Hawaiian Islands. This volume, accompanying the exhibition Georgia O’Keeffe: Visions of Hawai‘i, organized by The New York Botanical Garden, explores a little-known chapter in the artist’s career.

Glowing with color, the paintings from Hawai‘i demonstrate O’Keeffe’s ability to make any place her own. The subjects range from close-up views of flowers—for which the artist was already acclaimed—to coastal and mountain landscapes. Painting and drawing many of the same subjects repeatedly, she examined, responded to, and, ultimately, assimilated all she encountered in Hawai‘i’s unfamiliar environment at a time when it was still a remote U.S. territory.

In addition to essays discussing the Hawai‘i pictures and their significance in O’Keeffe’s oeuvre as a whole, this landmark volume offers a unique perspective by foregrounding the ecological complexity that is hidden behind O’Keeffe’s depictions of Hawai‘i—one of the most biologically diverse places on Earth.
×

Martha’s Flowers: A Practical Guide to Growing, Gathering, and Enjoying